Last week I visited the gull colonies of Vlissingen. Here Roland-Jan Buijs rings Herring and LBBG for some years now, so lots of c-ringed bird are present. In May 2010, I read more than 60 rings there on 1 day! This time it was a bit more quiet, but I managed to read about 20 rings, most of them of LBBG. It was very nice to see some birds I had seen before, and off course lots of new ones. This year, many adult birds have been caught on the nest already, and I managed to read some of these birds too. I am definately trying to go back there later this spring.
Several c-ringed Oystercatchers were present too in the vicinty of the gull colonies. 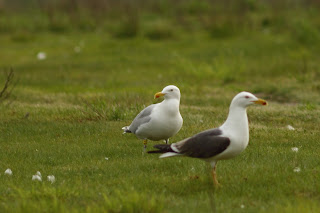 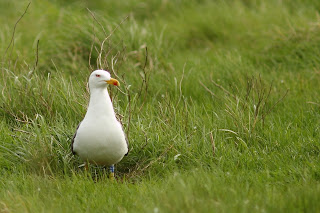 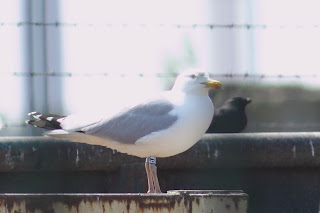 Herring gull blue D.A (R.-J. Buijs), one of the birds that had been caught only 2 weeks before this observation. 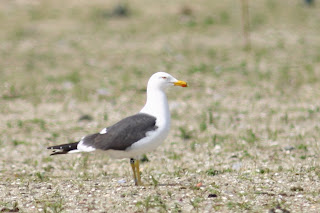 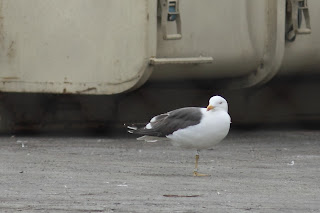 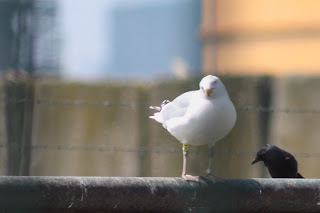 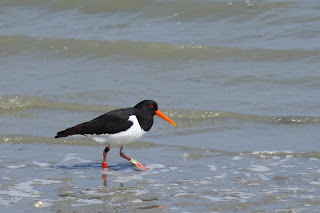 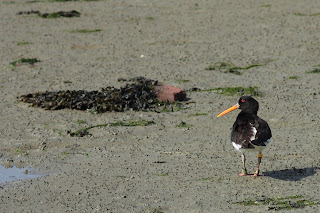 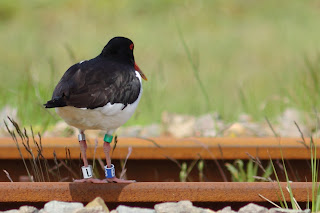 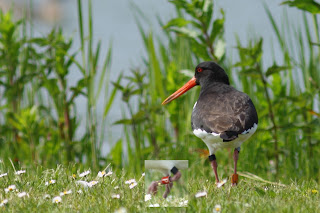 All these Oystercatchers were locally ringed. The last 2 birds were new ones to me.

A short stop in Gent today resulted in 2 c-ringed LBBG's, one bird that I saw a few times before, and one new one. Both birds ringed in Belgium, with rings from Roland-Jan Buijs. 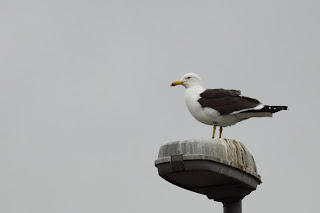 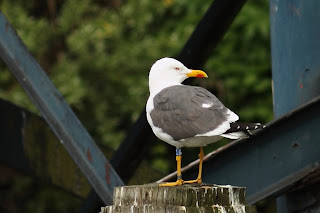 Yesterday I saw my first ever c-ringed Sanderling, but unfortunately it was just not close enough for the whole combination to be read. Because it had a white flag, it was ringed in Mauritania, so that's nice anyway!

Also 2 local Jackdaws with metal rings, several Belgian Herring gulls present in Nieuwpoort, and 1 Dutch with a metal ring. In Oostende, a French LBBG (those rings are really difficult to read!) was the highlight. 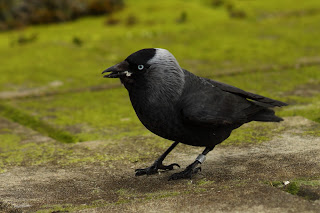 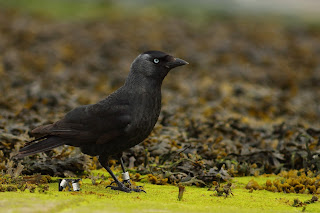 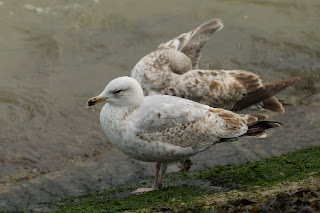 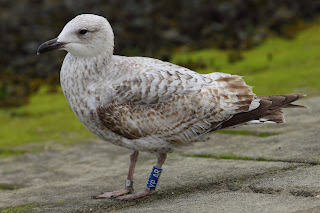 Belgian Herring gull blue YP.AR (E. Stienen), a new one for me. 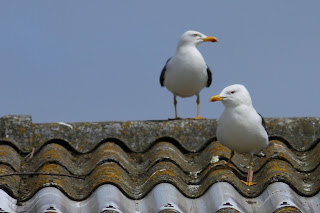 French LBBG red 553N (P. Dubois), not the easiest rings to read from a distance... 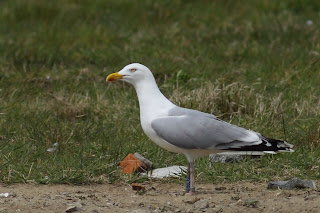 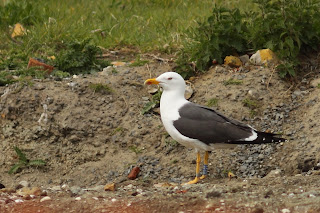 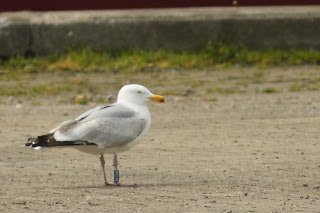 Last week I visited 2 parks in Brussels to try to read some Carrion crow-rings. I saw only 2, but to my surprise also 3 Egyptian geese, and also read a metal ring on a Canada goose. A c-ringed Mute swan stayed asleep, so this one got away. 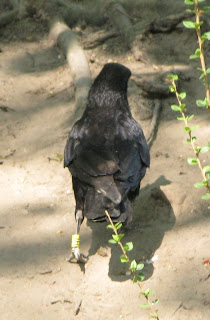 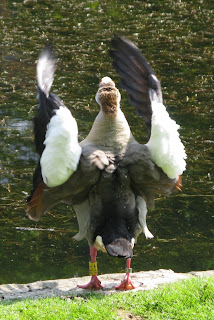 Egyptian goose yellow RT (D. Vangeluwe).
Posted by Simon at 8:03 AM No comments: