With the first snow, winter has now officially started. A perfect day to go to the coast I thought, but after about 2 hours (in which I managed to read 10 c-ringed Herring gulls, 8 Belgian and 2 Dutch birds) it was really getting too cold to stay there, so I decided to go and watch a flock of northern Long-tailed tits (Aegithalos caudatus caudatus) that has been hanging around for some weeks in Nieuwpoort (a major invasion of this attractive subspecies is taking place this autumn). Also there where 2 more ringed Herring gulls. Later on, a search for the wintering White-tailed eagle only resulted in two flocks of Grey partridge close to the car. 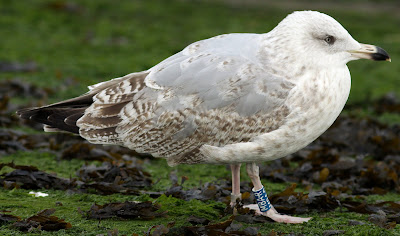 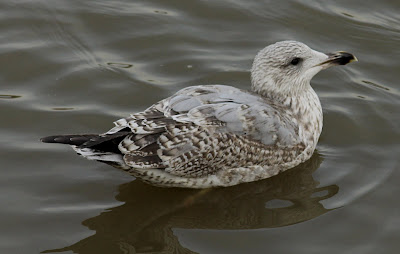 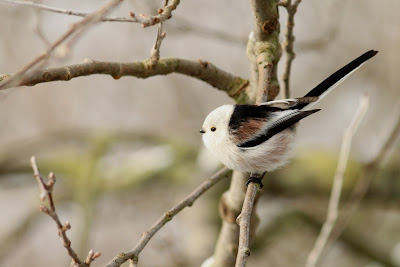 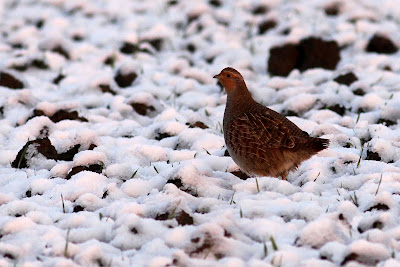 Grey partridge, near Oostende.
Posted by Simon at 12:12 PM No comments:

Another trip in Gent today (where winter is really starting now with temperatures near to freezing during the day), and I was very happy to read 6 rings, of which 3 were new ones. First, I saw the locals Black-headed gull yellow EHNE (T Audenaert and G Spanoghe)(my 3rd observation this autumn of this locally-ringed bird) and Herring gull yellow N1 (RJ Buijs)(the 3rd winter I see this bird here, 2nd observation this autumn).

Then, a nice surprise when I found another Belgian-ringed Black-headed gull, yellow EHNP (T Audenaert and G Spanoghe). Later on, I could even read two metal-ringed Herrings, one Belgian and one Dutch bird!

Finally, I noticed another c-ringed Black-headed gull, this time with a white ring. First it flew away, but I could it again and (as I expected) it turned out to be the Danish bird white VSH (KT Pedersen), a bird which I saw there last winter too! Unfortunately no pictures of this one yet, it flew off not to be seen again. It will probably stay for the winter however, last winter I saw it twice, in December and January. It was ringed in March 2008 in Copenhagen, Denmark. 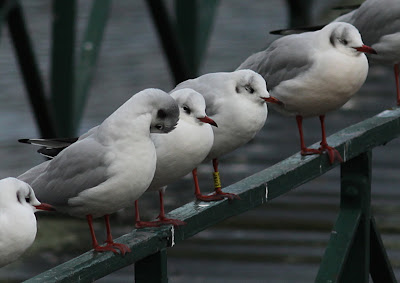 Black-headed gull yellow EHNP (T Audenaert and G Spanoghe), ringed this summer, released from rehabilitation centre at the same place as EHNE, so another local bird. 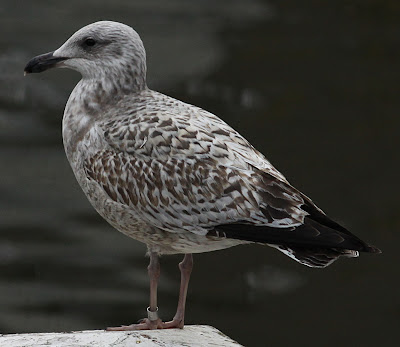 Today on just a short excursion to my regular patches in Gent, I saw a lot of Black-headed gulls were present, so I was hoping for at least one ring. And after scanning 200+ birds, I finally found one, black P661, a bird which - according to cr-birding - should come from Lithuania! This is my first ring-reading from Lithuania, so I was very happy with this bird. Also, the locally-ringed bird yellow EHNE was present at the same place.

Also, one of the mystery gulls from yesterday at Le Portel (the Herring gull) has already been solved (thanks to C Duponcheel and RJ Buijs). It appears this is a bird ringed by Norman van Swelm in the Netherlands in 1997, and the original ring was orange RE7. 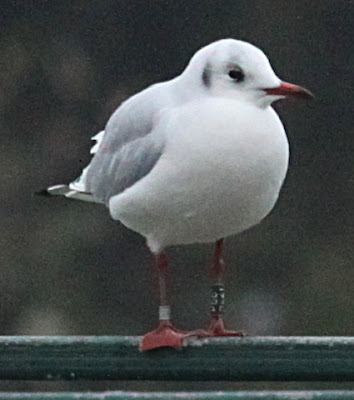 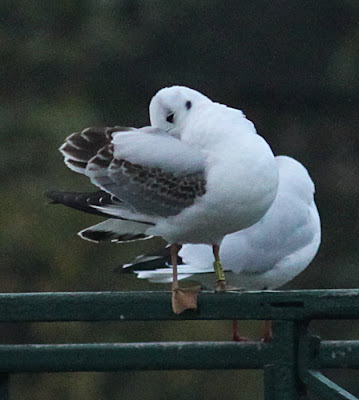 Black-headed gull yellow EHNE (G Spanoghe and T Audenaert), ringed in Gent, my second sighting of this bird. A better picture of this bird can be found here: http://belgianrings.blogspot.com/2010/10/two-rings-in-gent.html
Posted by Simon at 11:23 AM 1 comment:

Today I went to Le Portel to find some c-ringed gulls (never a problem there :-)) and to test my new camera. I'm quite happy with some of my pictures, although I will have to practice a lot more. Lots of gulls present, and at the end of the day I ended up with 125 different c-ringed birds, of which 97 were Mediterranean gulls. As usual mainly Belgian and French birds, but also a few from Germany, Poland and Hungary.

Other species were represented as follows:
Herring gull: some Belgian, French, Dutch and British (1) birds.
Greater black-backed gull: several Norwegian birds, but also one from the Helgoland-project.
Lesser black-backed gull: only 1 c-ringed bird, from Belgium
Black-headed gull: 3 locally-ringed birds, but also one from the Netherlands (Frank Majoor).

Also 2 mystery c-ringed birds, if someone has an idea, let me know! 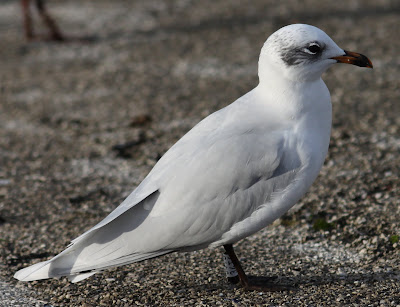 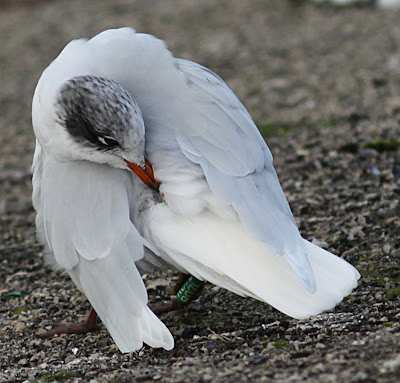 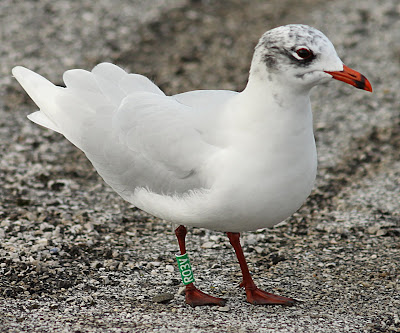 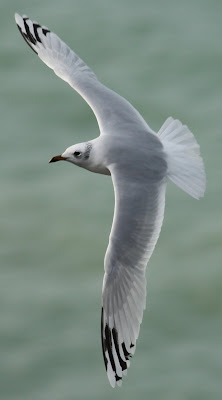 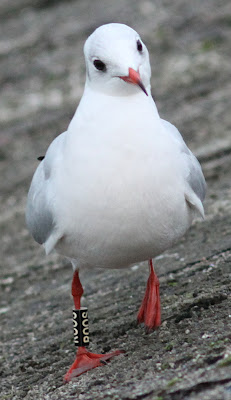 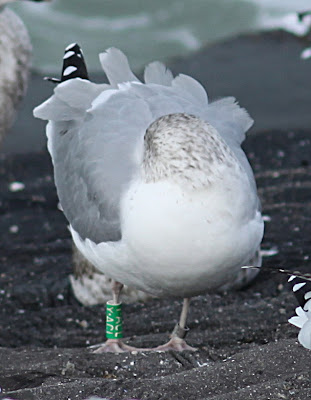 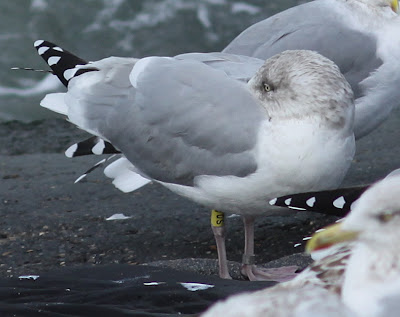 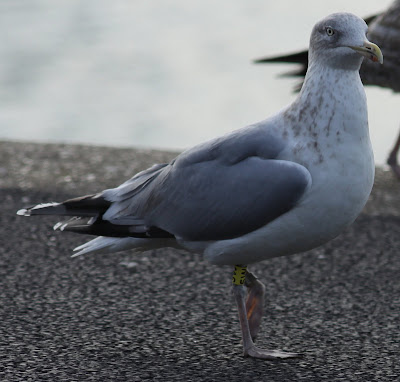 Herring gull yellow 5W, a resident in the harbour of Boulogne-sur-Mer (RJ Buijs). 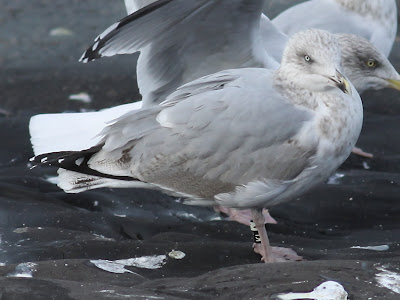 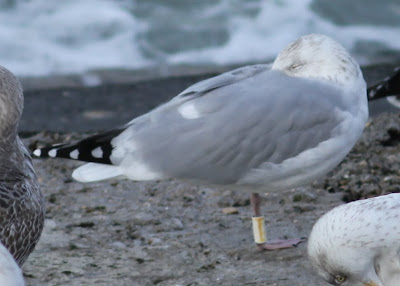 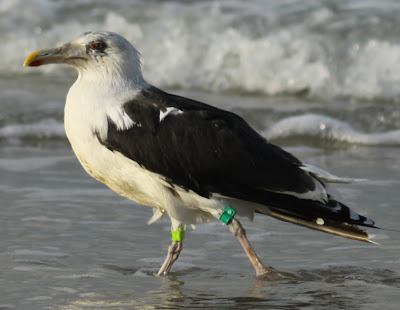 Another update from the past two weeks. Absolute highlight was a c-ringed Caspian gull from Poland (waiting for details). Other nice birds included several Greater black-backed gulls from Norway, and a Dutch metal-ringed bird. Finally, in Gent, I found another (unringed) Caspian gull, and saw LBBG white H.K (RJ Buijs) again (one of the few remaining LBBG's here, most of them seem to have moved south). Also, Herring yellow N1 (RJ Buijs) is back for the winter, on almost exactly the same date as last year. 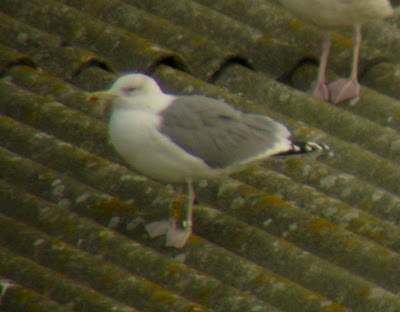 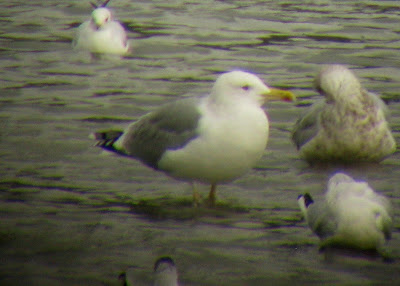 Caspian gull, Leeuwenhof Gent. On both birds, the long legs (mainly tibia), slender bill and the little dark eye can be seen. On the second one some of the neck-streaking is just visible. Easy birds if they come like this! 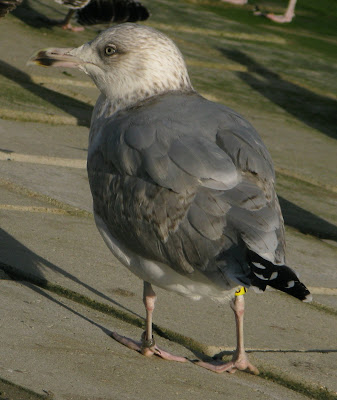 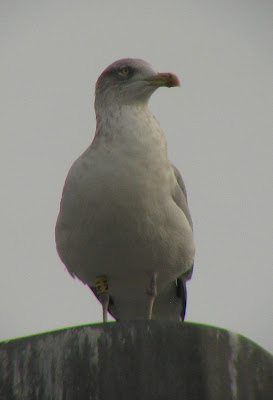 Herring yellow N1 (RJ Buijs), Gent. Back for the winter, now at least for the 3rd time! 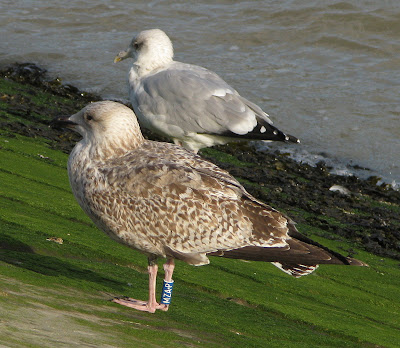 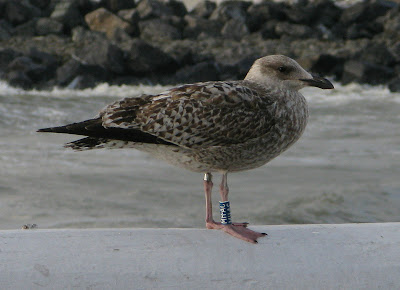 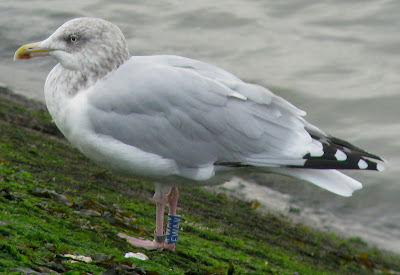 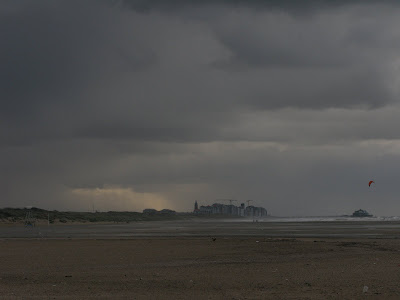 View on the beach of Blankenberge (without gulls). 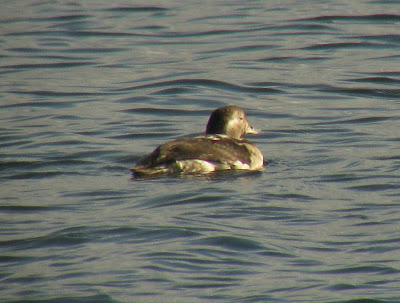 Long-tailed duck, Oostende. I went to see this bird, only a few are seen in Belgium every year, I just love these birds.
Posted by Simon at 1:07 PM 4 comments: