Due to snow and frost in many parts of Europe, many birds seem to be on the move. Today in Gent, I found 2 Common merganser Mergus merganser, the first time I see them so close to the city. Also 1 black-ringed Black-headed gull, but it flew away before I could read it...

A few weeks ago I could also take some pictures of a large flock of Twite Carduelis flaviristris in the Zwin near Knokke (59 birds, the largest group I have ever seen overhere), and I paid another visit to the Black-thorated thrush (which is still present). 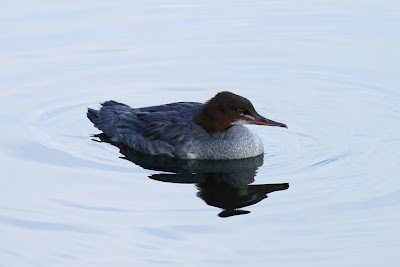 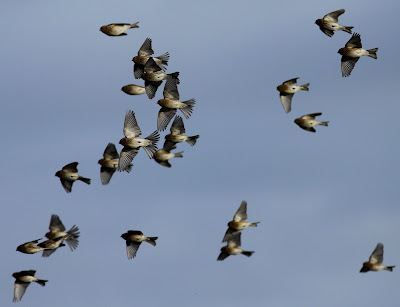 Part of the flock of Twite, Knokke. 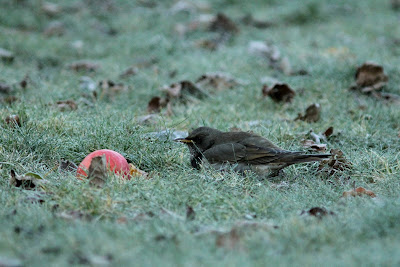 1st cy male Black-throated thrush, Loppem.
Posted by Simon at 7:09 AM No comments:

Another day in and near the harbour of Oostende, where surprisingly few gulls were present. I only saw 6 ringed birds, but they included some nice ones. 3 Herring gulls were all well known birds, but a c-ringed Greater black-backed gull with black ring JW209 turned out to be ringed in Denmark instead of Norway, a nice surprise! I could also read 2 metal-ringed Black-headed gulls, 1 from Belgium and 1 from the Netherlands. By entering this ring into the Dutch website (www.griel.nl) I already got the ringing details, it was ringed as a nestling last year at Starrevaart near Den Haag. 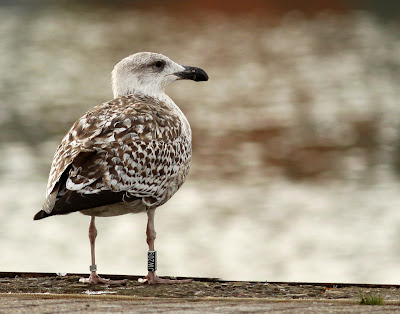 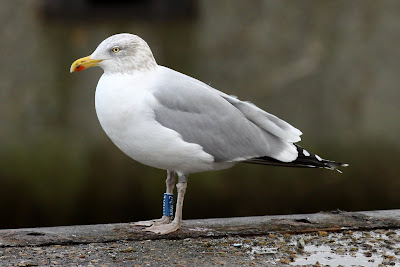 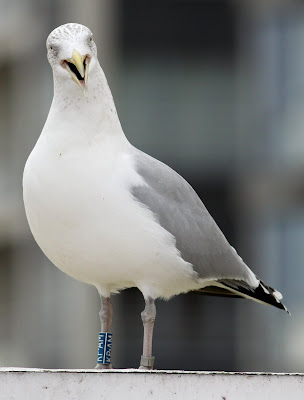 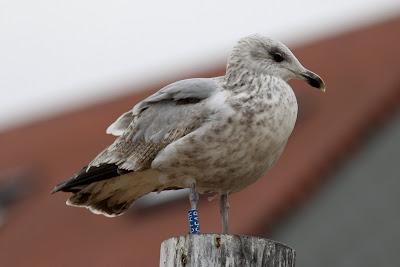 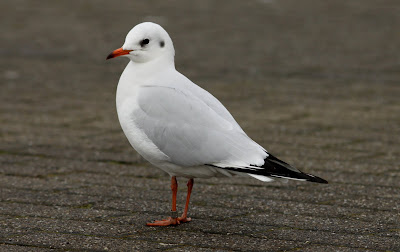 2nd cy Black-headed gull with Dutch metal ring.
Posted by Simon at 10:40 AM No comments:

Ok, this is not about gulls or c-rings, but such a great bird that I wanted to post it anyway. Today news came out that a Black-throated thrush was present in a garden in Loppem (near Brugge) this morning, so I immediately went to look for it, and with success! Everyone who was there had good views of the bird, the first twitchable for Belgium! Since it was dark weather and already getting late, not the best pictures, but they give an idea :-) 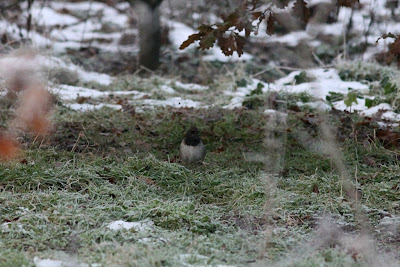 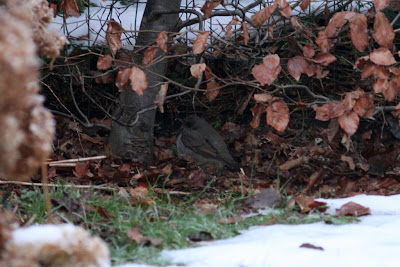 Black-throated thrush, Loppem.
Posted by Simon at 11:09 AM No comments:

Short trip today (with all the snow and ice melted away overnight), which resulted in just 2 c-ringed Herring gulls, both Dutch birds: yellow N1 (RJ Buijs) and yellow E171/E (N van Swelm). Nice to see this one again, my only previous observations are from 10 and 11 May 2008, more than 2 years ago! Bad digiscoping-pictures because they were too far away... 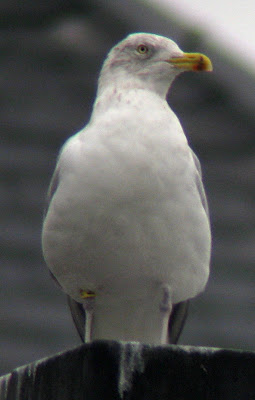 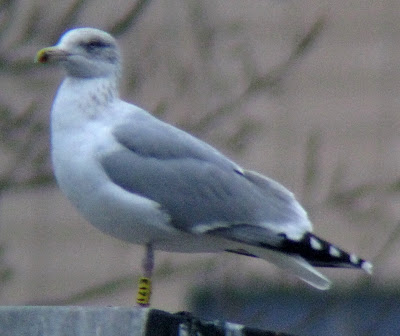 With all the snow today, I decided to make a trip to my local patches without my camera. Not a good idea, because lots of birds around. Since most of the water was frozen, I could scan lots of gulls, which resulted in some nice observations.

The first bird to be seen was Danish Black-headed gull white VSB (KT Pedersen), present now for its 3rd winter here. This is my first observation this winter, last time I saw it was on 21/11/2009.

Next was yellow EHNP (T Audenaert and G Spanoghe) at the Tolhuisbrug, a Belgian bird also seen last week. There I could also read two metal-ringed Black-headed gulls: one from Belgium and one from Slovakia! Also present was white VSH (KT Pedersen), the other Danish bird wintering here, and Herring gull orange 09 (RJ Buijs), only my second observation (previous one was on 11/07/2009).

Finally I also saw my first-ever c-ringed Common gull: green CL42, which turned out te be a bird from Finland. A picture made by G Spanoghe can be seen here: http://www.natuurpuntgent.be/VWG_sourcecode/waarnemingen.php

Also around were 2 flocks of Northern long-tailed tits (5 and 3 birds), always nice to see these! Let's hope the weather is a bit better tomorrow, so I can get out with my camera.
Posted by Simon at 11:44 AM No comments: