Last week I searched for rings in Gent, and found 4 of them. 1 Belgian metal-ringed Black-headed gull, 1 Polish (unfortunately I couldn't read the ring entirely), 1 Belgian c-ringed Black-headed gull (locally ringed, but strangely this bird is still in Gent, while most other recoveries now come from abroad), but the nicest was LBBG white H.K (RJ Buijs). When I recieved the life-history, I saw that this bird had originally been ringed in Spain as orange N144, which I saw at exactly the same place in May 2003 (and this was only my second ring-reading ever!). Nice to see this one back, this bird is now 14 years old. 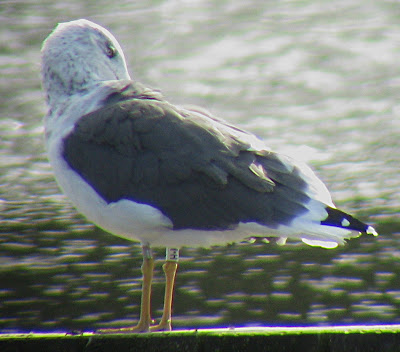 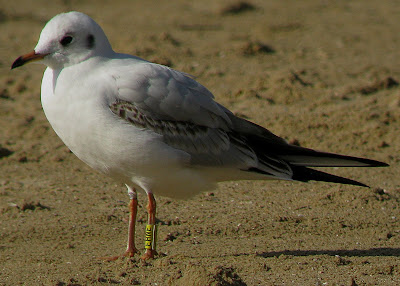 Black-headed gull yellow EHNE (G Spanoghe), ringed close to the recovery-site, but nonetheless a nice sighting.
Posted by Simon at 11:30 AM 1 comment:

The past two weeks have been very busy, with many c-ring read. Apart from many (mainly local) Herring gulls, good numbers of LBBG's are passing through at the moment, resulting in some nice rings. Below I give a short summary of the rings from the past weeks:

Some days 100's of LBBG's were present, so still many birds have to get to their wintering grounds, all Spanish ring-readers can expect lots of birds to arrive within the following days/weeks!

And now some pictures: 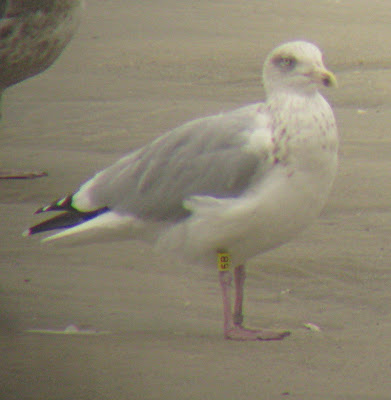 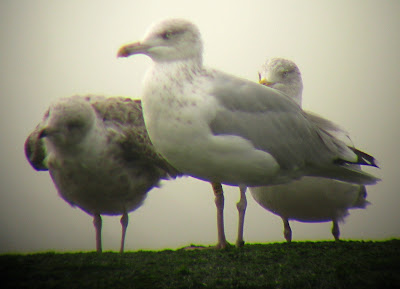 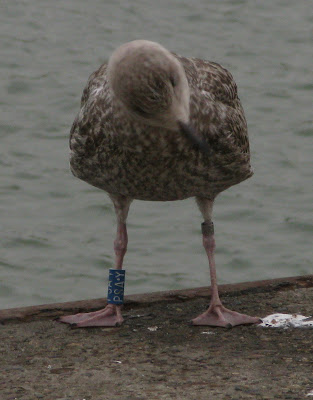 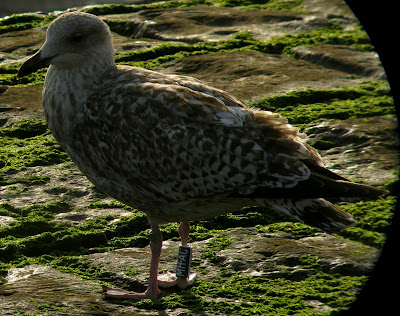 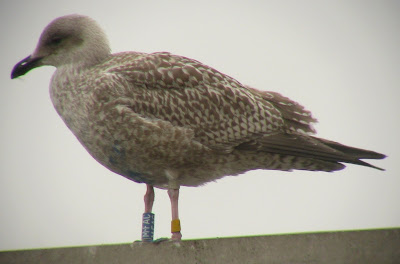 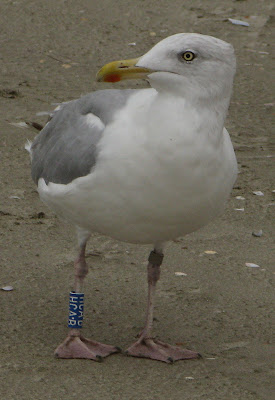 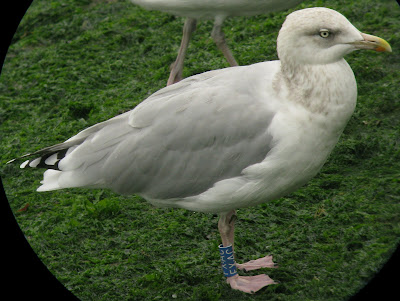 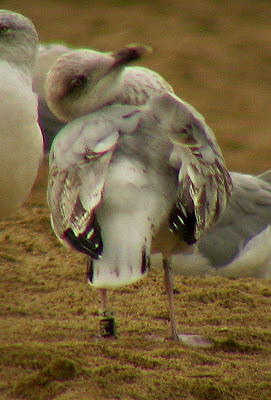 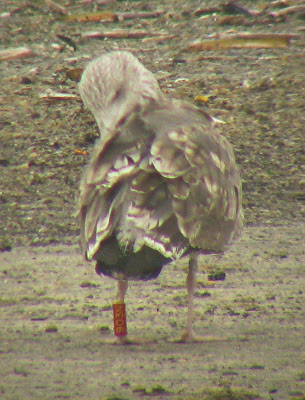 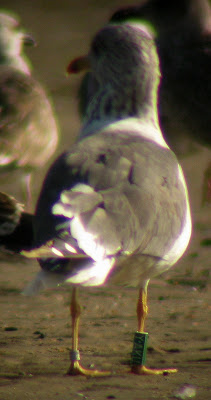 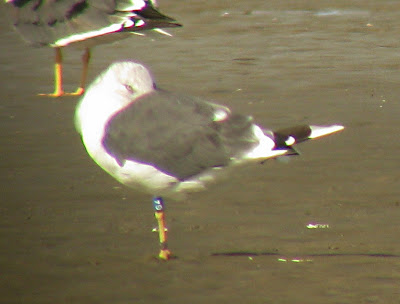 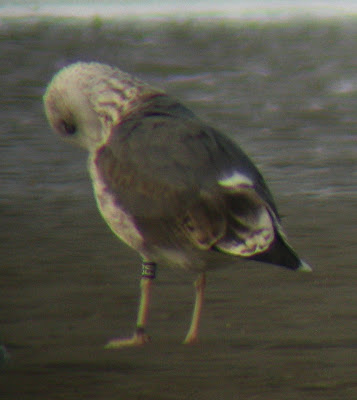 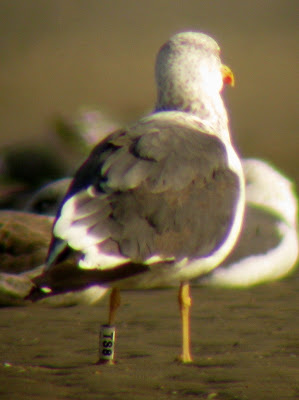 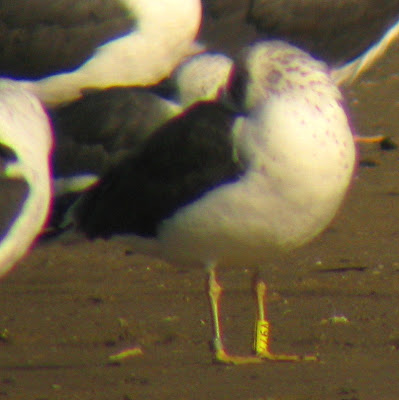 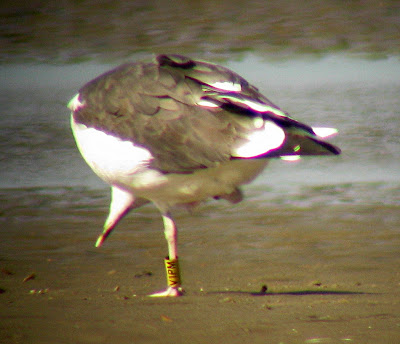 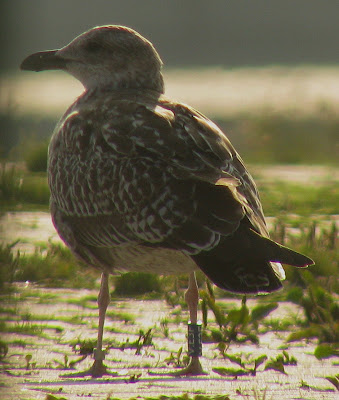 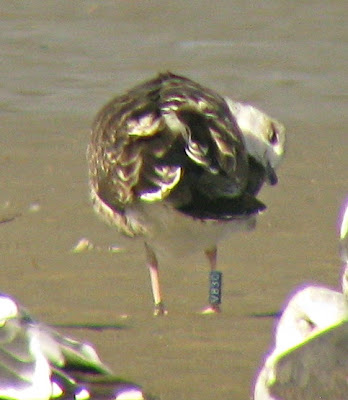 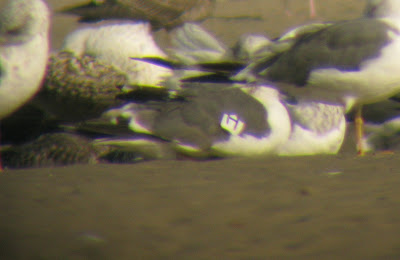 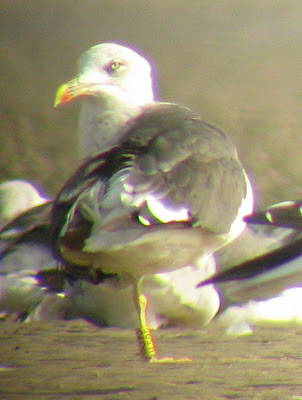 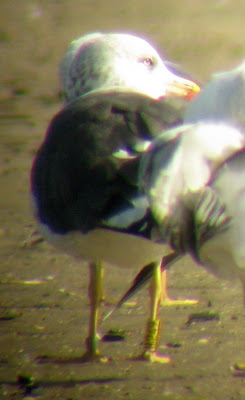 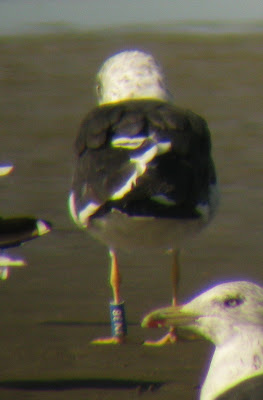