Last weekend I went to Le Portel in order to look for gulls and to read rings. 100's of birds present, which resulted in no less than 161 ring-readings, of the following species:
Mediterranean gull: 134 (the bird from Serbia was still present, also some new Polish, Hungarian and German birds, the majority were from France and Belgium)
Herring gull: 14 (mainly French birds, but also 2 British birds and 1 Belgian one)
Greater black-backed gull: 9 (all from Norway)
Lesser black-backed gull: 3 (one Dutch, British and Norwegian bird)
Black-headed gull: 1 (French bird)

The black-backed gulls were mainly resting on the beach (I was surprised to see so few c-rings), and they were very wary. Herrings fed with the MedGulls between the rocks and were more easy to approach. All in all a very nice day! 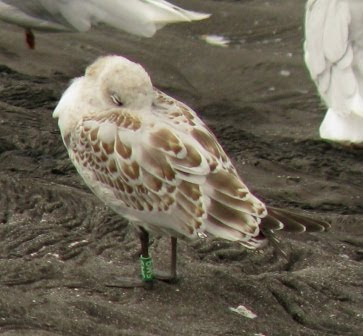 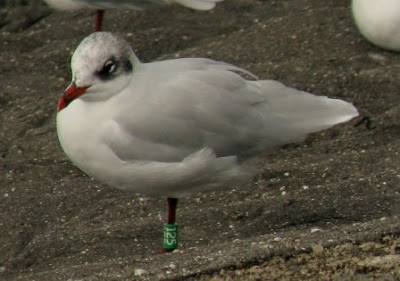 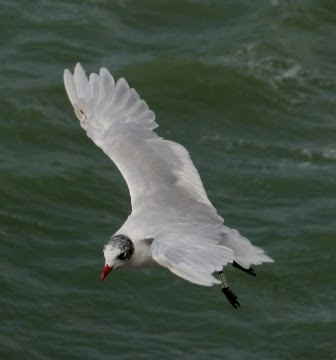 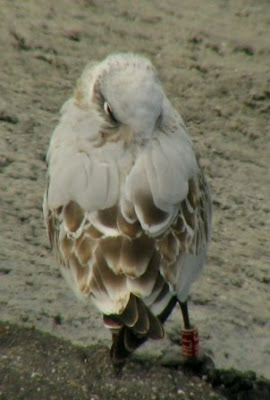 MedGull red HLF1, one of the Hungarian birds. 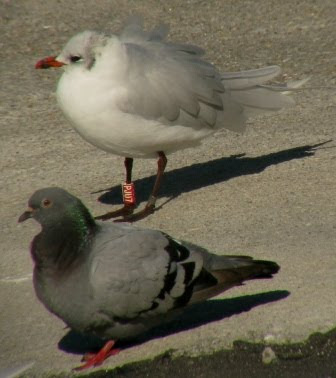 MedGull red PJU7, one of the Polish birds. 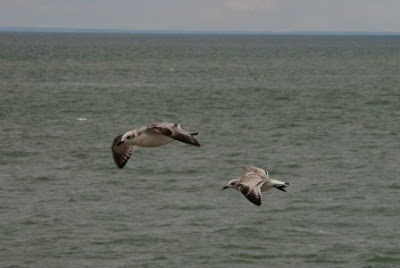 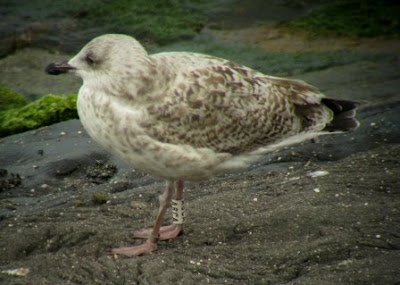 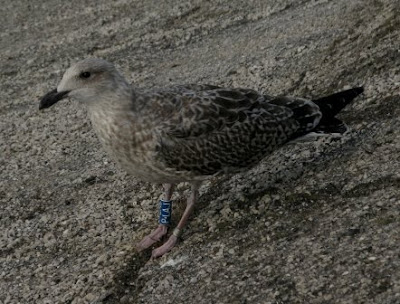 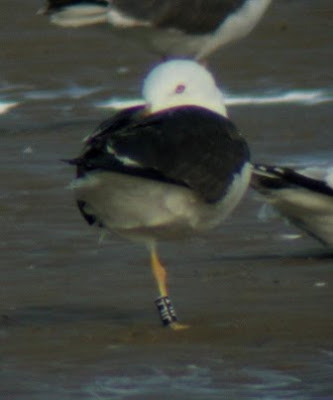 LBBG black J1LT (Norwegian bird from N Lorentzen).
Posted by Simon at 8:58 AM No comments:

I just returned home from a great trip aboard the Pride of Bilbao. Few birds (although we saw 3 Great shearwaters), but nice views of whales and dolphins. Before taking the ferry, a short stop at the Farlington marshes near Portsmouth resulted in 4 c-ringed Icelandic Black-tailed godwits (probably all locally-ringed birds).

During the short stop in the harbour of Santurzi, I was very happy to find (totally unexpected, I even let my telescope in im cabin) 3 c-ringed Yellow-legged gulls, all from the project of Jon Hidalgo and Gorka Ocio (who was also present on board of the ship). Since I didn't have my telescope with me, so I could just take some pictures through my binoculars. 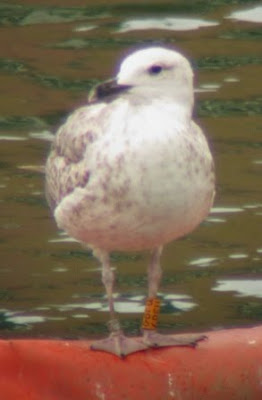 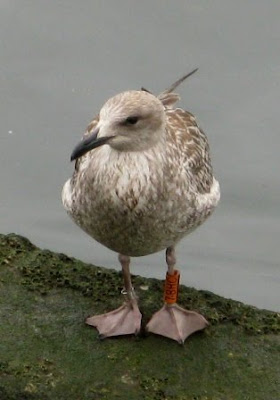 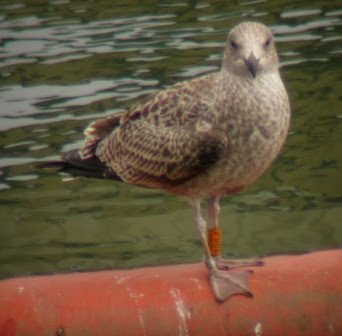 The past week I have been working a lot in the nature reserve "Het Zwin", on the Belgian-Dutch border. Many gulls can be present, giving me the opportunity to check them for rings. I have found already a few Dutch birds, and today some Belgian birds were present too. Apart from these, I could also read 2 different c-ringed Spoonbills, one from Germany and one from the Netherlands.

Yesterday, I visited Oostende to look for gulls. Best birds were 2 Yellow-legged gulls. However, since a part of the beach was closed off to the tourists, many gulls were coming in at low tide, giving me the chance to read more than 30 different rings in just one hour! Mainly Belgian Herrings (including many young birds, which have been ringed in the past few weeks), but also two British birds, one French one, and a few Dutch ones. Earlier on, in the habour, I saw many familiar birds, and also a few ringed LBBG's. Very nice, and totally unexpected, so I returned home very happy.

I was also informed by Juan Ruiz that LBBG red 248N, which I saw in April this year, had returned to Madrid already! 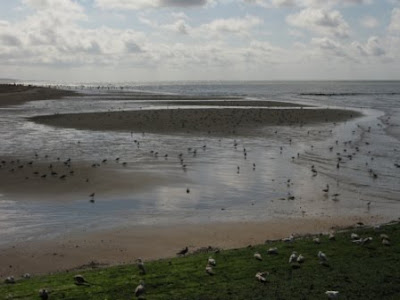 View of the beach at Oostende yesterday. 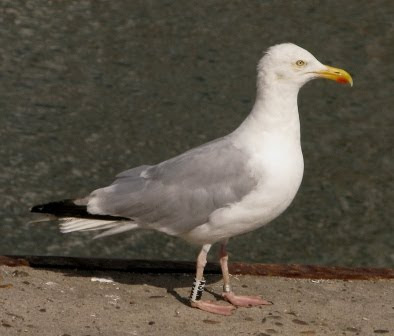 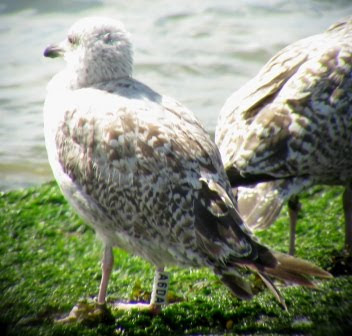 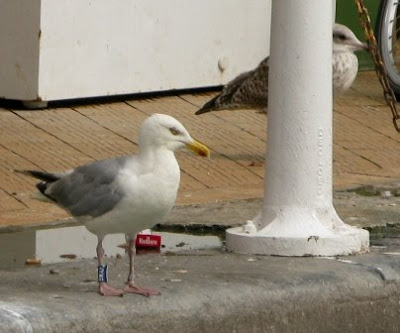 Herring blue BWAR (E Stienen), this must be one of the gulls with the most ring-readings in Belgium :-) 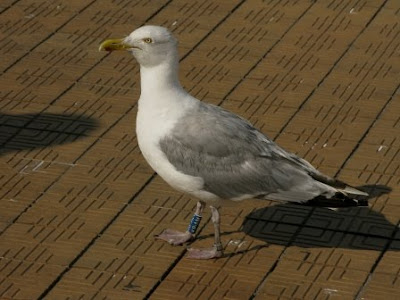 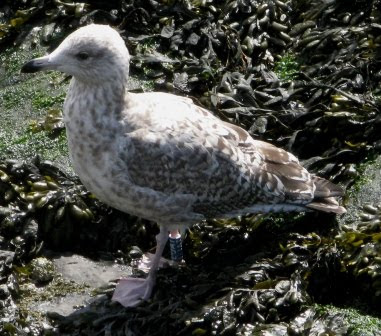 Herring blue L.JAT (E Stienen), one of the many Herrings present. 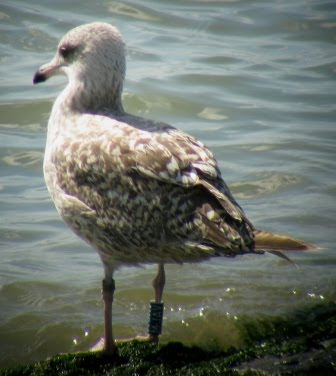 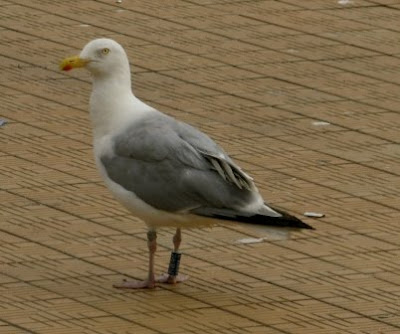 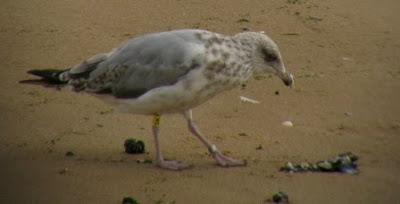 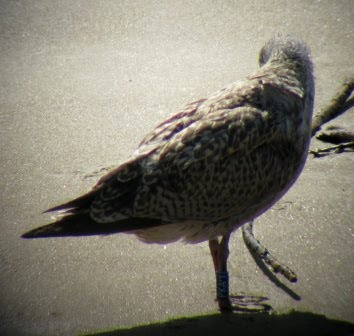 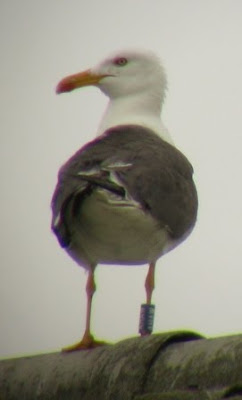 LBBG blue AHAW (E Stienen), in the harbour near it's breeding place. 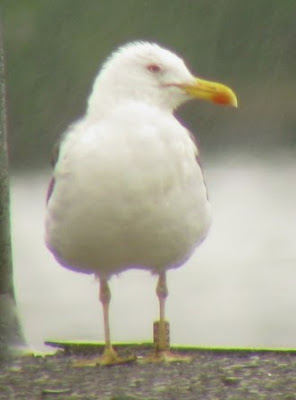 Orange EK47 (N van Swelm), present for many years and breeding here.
Posted by Simon at 2:47 PM No comments: