Yesterday I could only find 1 c-ringed gull, one of the wintering Danish Black-headed gulls, white VSH (TK Pedersen). It was my 5th sighting of this bird, and the 3rd this winter. Last winter my last sighting was on January 30, let's see if it stays longer this year. 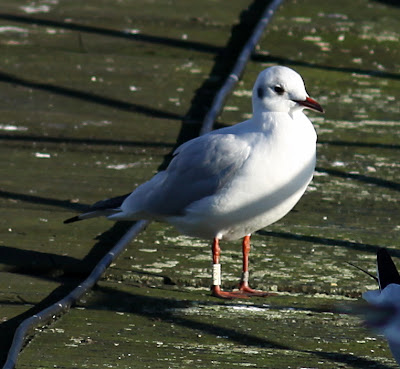 A day at the coast today, to see some lingering rarities, and to find some c-ringed gulls. No luck with the Black-throated thrush, but the rest of the birds were more cooperative. I started with a Rough-legged buzzard Buteo lagopus near Oostende, followed by 3 Pale-bellied brent geese Branta bernicla hrota, a nice flock of 12 Greater scaup Aythya marila, a Horned grebe Podiceps auritus, a very nice adult Black brant Branta bernicla nigricans (only the 3rd Belgian record), another Rough-legged buzzard, and finally also one of the wintering White-tailed eagles Haliaeetus albicilla.

I could also read 10 c-rings today, of which 4 were new. Best birds were a Danish Black-headed gull, a new Norwegian Greater black-backed gull and a French Lesser black-backed gull. The other rings were 6 Belgian Herrings and the regular British Herring white A3MM. 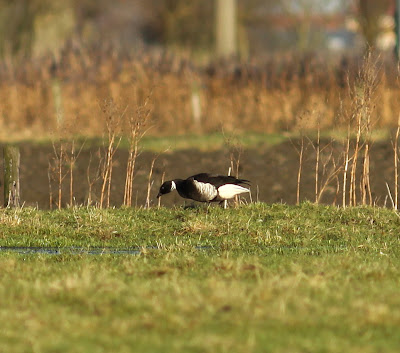 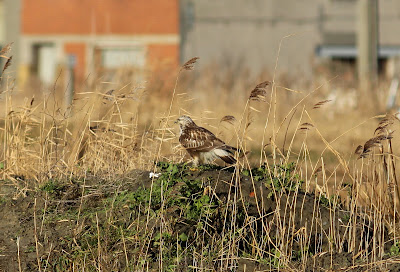 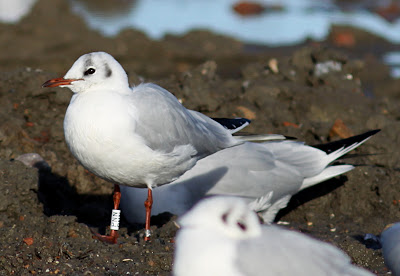 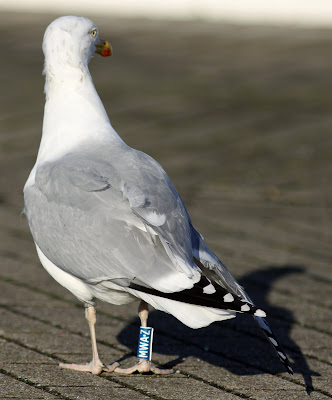 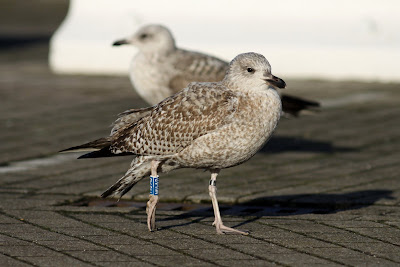 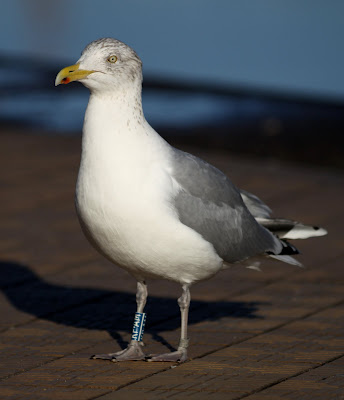 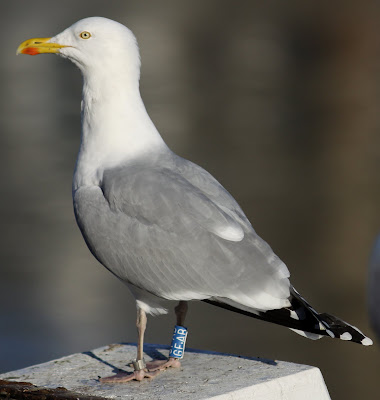 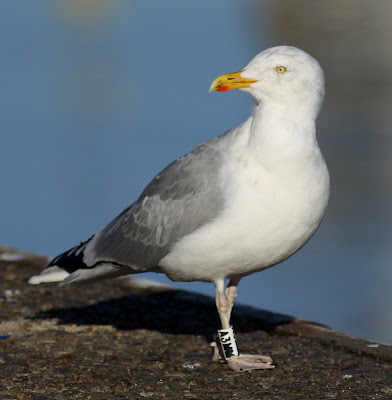 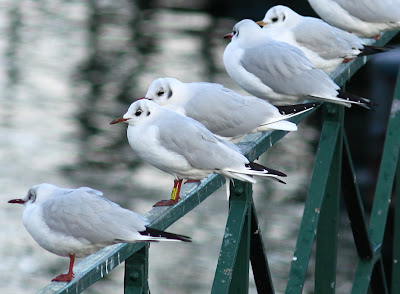 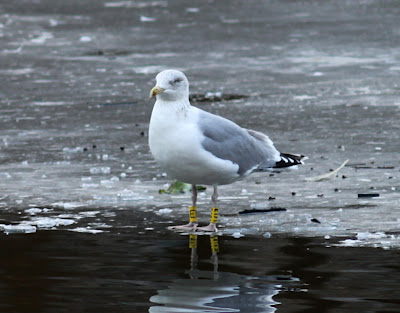 Adult Herring yellow E/E171 (N van Swelm), previous observation was on December 5th.
Posted by Simon at 11:37 AM No comments:

First of all a very happy New Year for everyone reading this! I hope 2011 will bring lots of c-ringed birds for everyone.

This weekend I made a 2-day visit to the area of Boulogne-sur-Mer. Since it was a trip with my girlfriend, I didn't do whole days of gull-watching, but during some beach-walks I managed to scan quite some birds, resulting in 48 rings. One of the last birds of 2010 was a nice 17-year old Common gull from Norway, white J111 (NH Lorentzen) near Cap Gris-Nez. Apart from this bird, I also saw 2 Belgian Herrings (E Stienen) and 1 Dutch Lesser black-backed (N van Swelm).

The first day of 2011 started with MedGulls at Le Portel and Wimereux, with also some locally-ringed Black-headed gulls, Belgian Herrings and Norwegian Greater black-backeds. A very nice end/start to 2010/2011, and hopefully the start of many more rings to read this year! 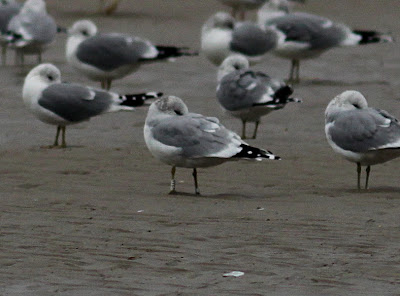 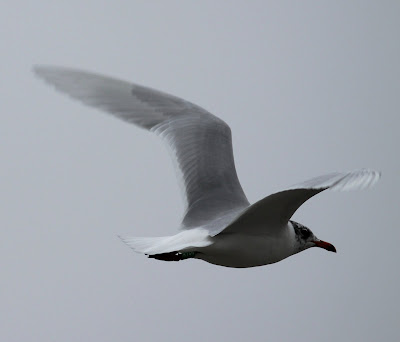 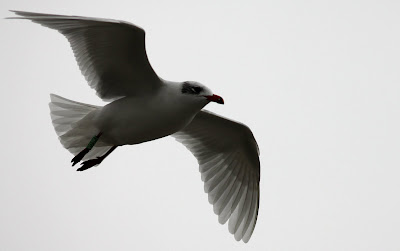 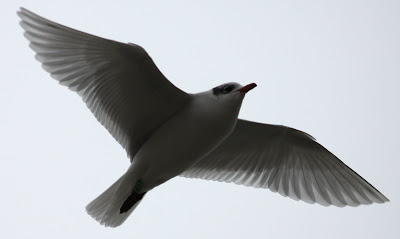 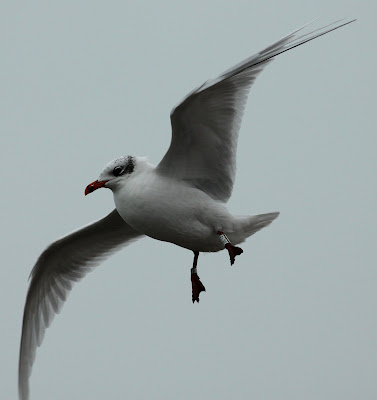 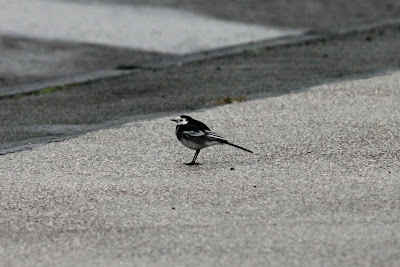