A day at the coast.

Yesterday I was able to check a large part of the Belgian beaches for c-ringed gulls, resulting in 23 ring-readings: 21 Herrings, but also my first 2 Lesser black-backed gulls of the year. Highlights were 2 British-ringed birds (both from the North Thames Ringing Group). Frustrating was an unread red ring, most likely a French or British Herring. 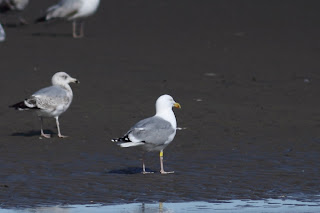 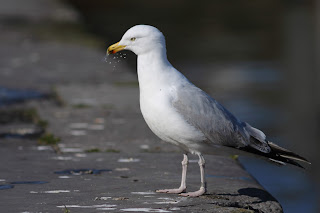 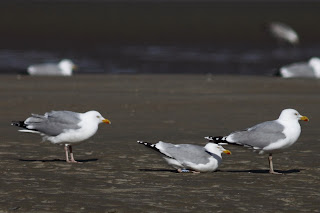 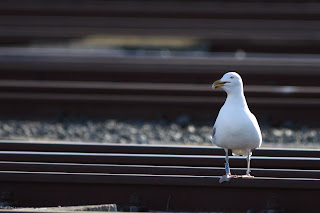 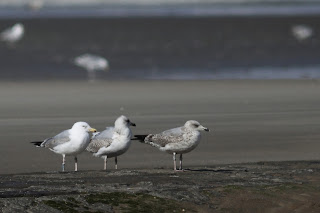 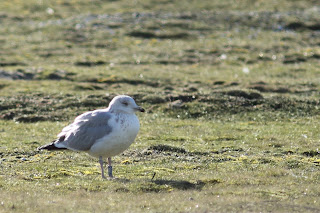 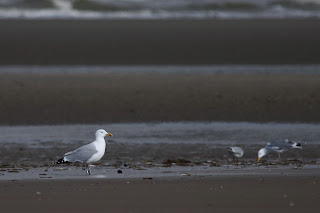 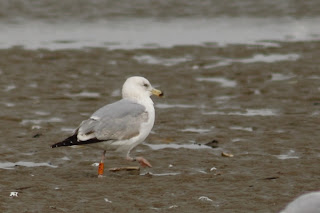 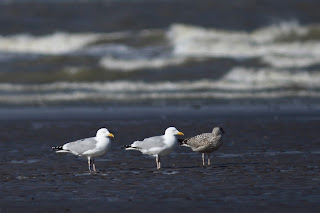 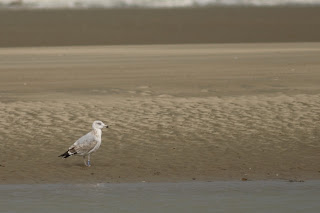 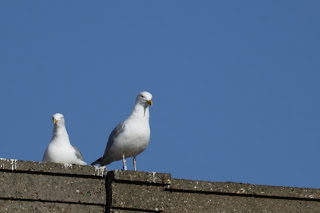 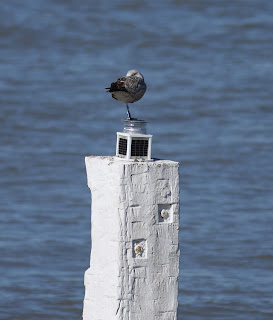 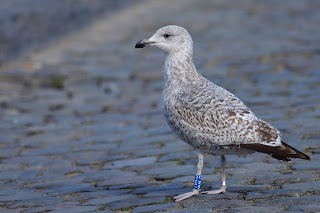 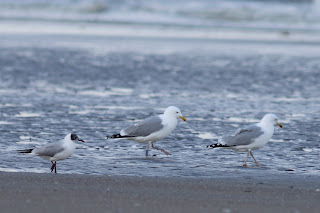 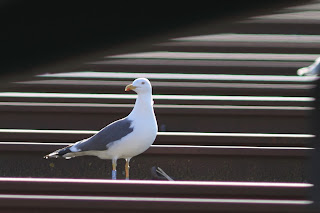 Earlier this week, I went to see the White-tailed eagle which had been reported for the past few days. It was sitting in a tree at quite a distance, but off course always a very nice bird to see. And even nicer is hat it is ringed, and the c-ring was read a few days before. It appears to be a Dutch bird, born in Lauwersmeer last summer.
At the coast, Nieuwpoort had just 2 ringed birds, 2 Belgian Herrings already seen there this year. And to end this post, today I saw my first flock of migrating Black-tailed godwits of the year (75 birds), and to my surprise 1 of the birds was c-ringed, my first ring-reading of the limosa-subspecies (I have seen some islandica-birds before in the UK). Let's hope spring migration brings some more nice ring-readings! 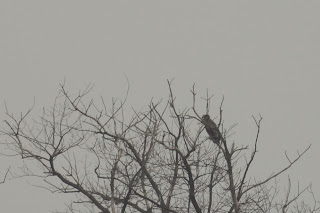 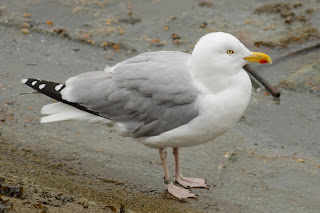 Herring gull Brussel H131047, my second observation of this bird. 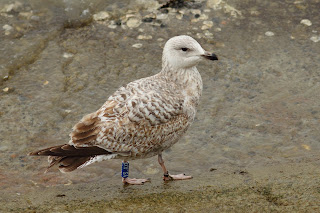