French and British LBBG in Gent!

This afternoon, during a short break, I checked a few places in Gent to see if there were any c-ringed LBBG's present. To my surprise, I soon found a bird with a large red ring, which turned out to be one of Philippe Dubois' birds. This is my first French bird in Gent! After this, I also saw a metal-ringed bird, which I unfortunately could not read entirely. However, I could read "London" (and 4 letters too), so this was a British bird, also a first for me in Gent... Also 2 birds from Roland-Jan Buijs his project, including 1 new one. 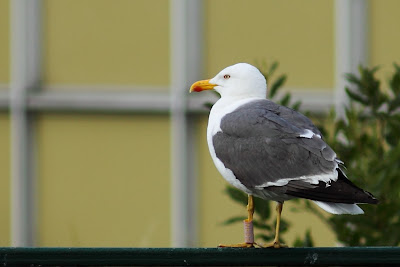 LBBG red 254N (P. Dubois), my first French bird in Gent. These rings are not the easiest to read... 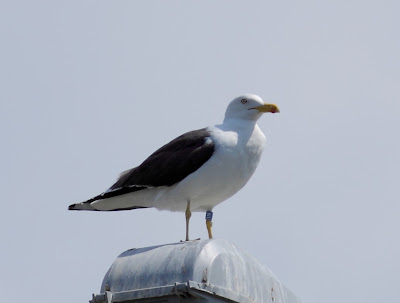 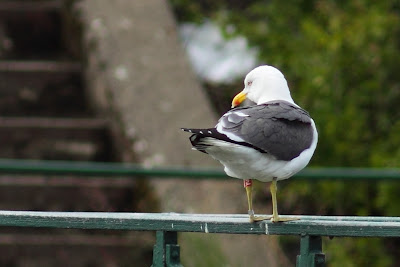 After several weeks without ring-reading I finally found some time again to look for some c-ringed gulls. I went to the harbour of Oostende, where I ran into Davy Bosman, who was checking some of the nests he is studying. I could join him and visit the roof-breeding colony, great to see these birds there (and also some of the first freshly-ringed chicks)! After this I tried to find some more rings, and managed to get 18 ringed birds in total, all from Belgium (12 c-rings and 6 metal rings), and quite a few of them new birds for me. The breeding LBBG's looked very nice, good to be back at the c-rings :-) 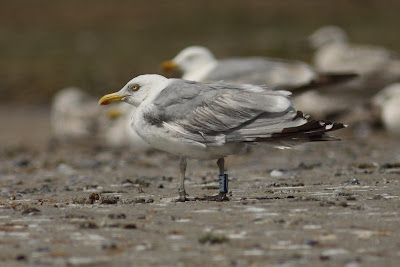 ad Herring gull blue AVAK (E. Stienen), this one apparently was in rather poor condition. It was ringed as a chick in 1999. 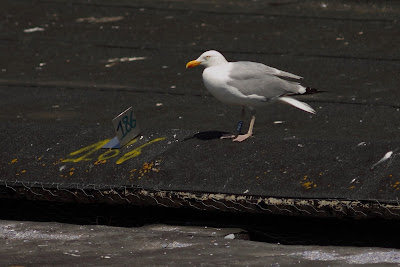 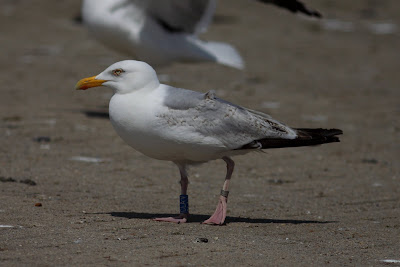 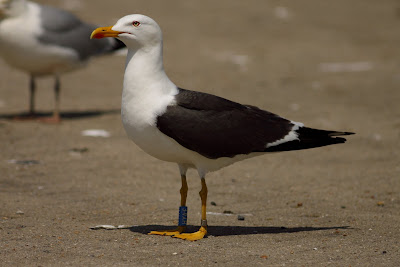 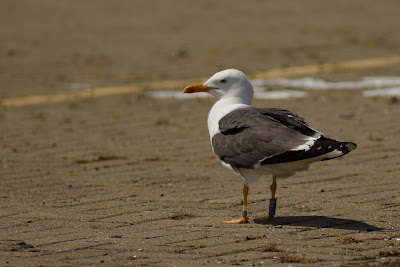 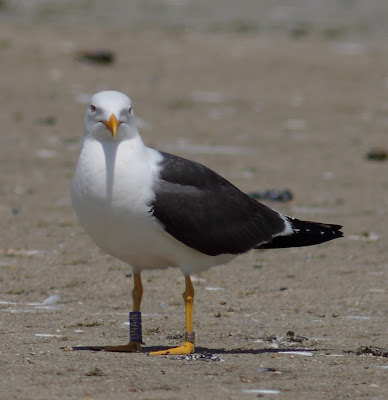